Phasing Out OP Scores – Everything You Need To Know​

Systems are always subject to changes and improving their values. The creditability of a system is what makes it more useful to the community it serves. In education, it is very important to constantly revise the schemes and systems that should serve the students and phasing out of OP scores is one them.

The final stages of primary and secondary education lead towards tertiary education and fine-tuning the entrance grading is vital to the system as a whole. The OP system of evaluation is no longer providing the quality of evaluation that the new generation of students requires. The new government, under the guidance of the Labour Education Minister, Ms Jones, is heading an investigation into the phasing out of the OP scores. 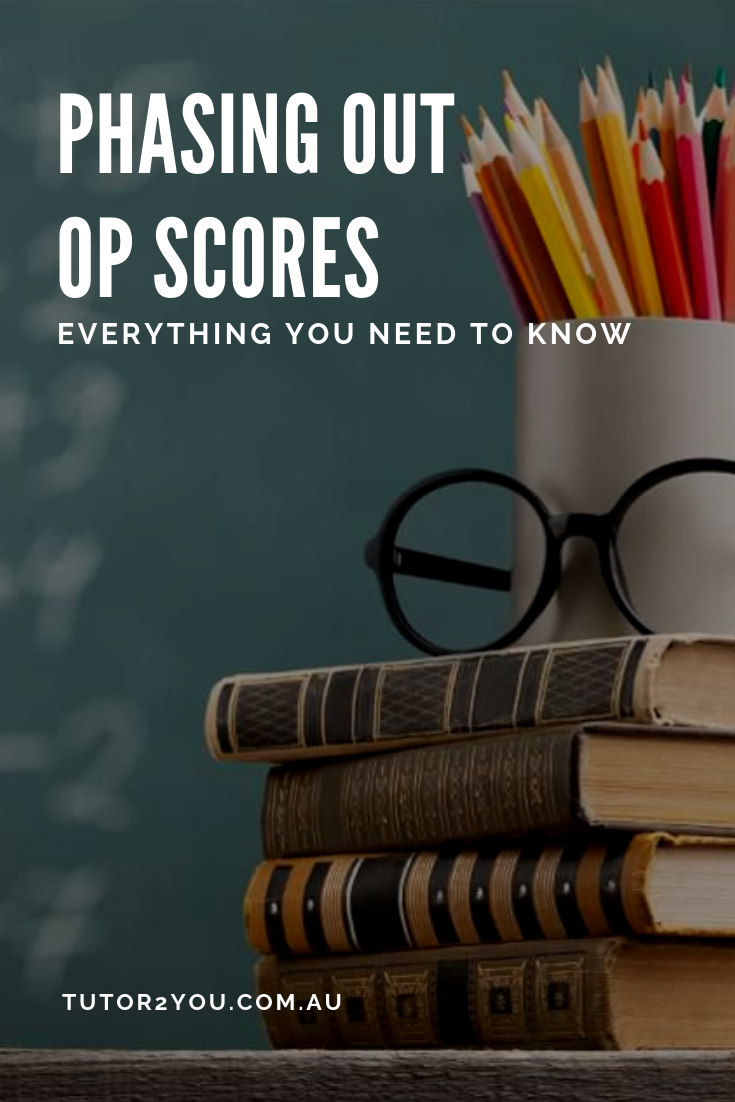 A task force has been established to oversee the changes and report back to the parties concerned with tertiary education. The Queensland Curriculum Assessment Authority, teachers, parents and the Q.T.A.C and, of course, the pupils themselves all need to understand how the OP scores will be phased out and what will replace them in the future.

The new system is planned to begin in 2019 and will be offered to the year 11 students as they prepare for their final year in 2020. They will be on the new system in their year 12 at school.

What will the new system include?

What do parents need to know?

The education department and the Queensland Education authorities have considered the change in approach to the existing OP ranking system after extensive research and deliberation. A number of schools have already taken part in trials for the new system. Parents should discuss the new developments with their schools. Some schools are already in trial situations and have started to experience the changes already.

The new system and the changes will bring about positive results. The assessments will give a better overall definition of the students rating and ranking in the system and this will allow universities and tertiary institutions to preview student’s rankings within a broader system of points. These points will be based on the percentile of 0 – 99.95 system with 0.05 increments as opposed to a band system of 25 bands and students grouped accordingly.

What is being said about the changes that will occur after phasing out OP scores?

The main-stream leaders, in favour of educational change surrounding the qualifications, have positive comments to make about the new system. They are in favour of changes to the entrance requirements to universities and discussions point to belief in the benefits to the new system in the future. It is encouraging to see who the authorities are in this move for change and to read their comments. 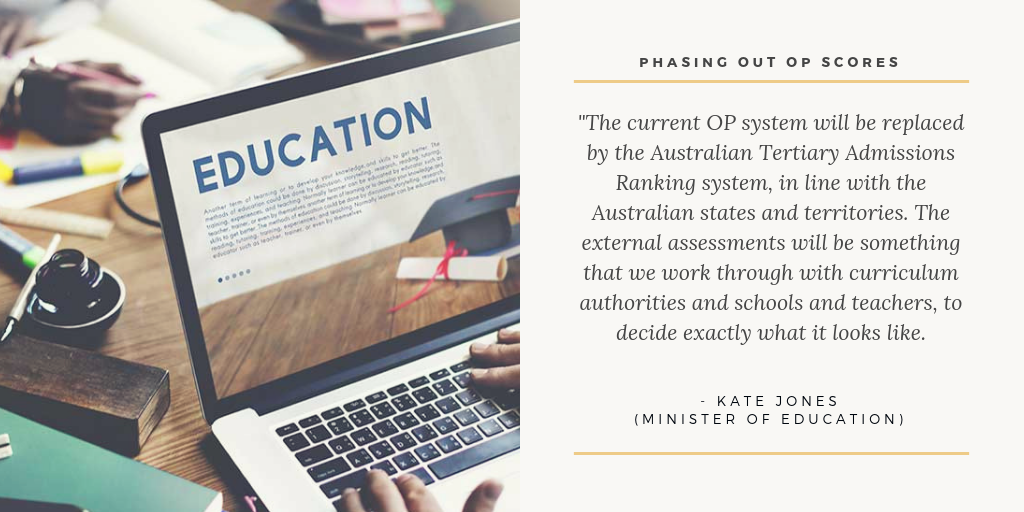 ‘The current OP system will be replaced by the Australian Tertiary Admissions Ranking system, in line with the Australian states and territories. The external assessments will be something that we work through with curriculum authorities and schools and teachers, to decide exactly what it looks like.’ 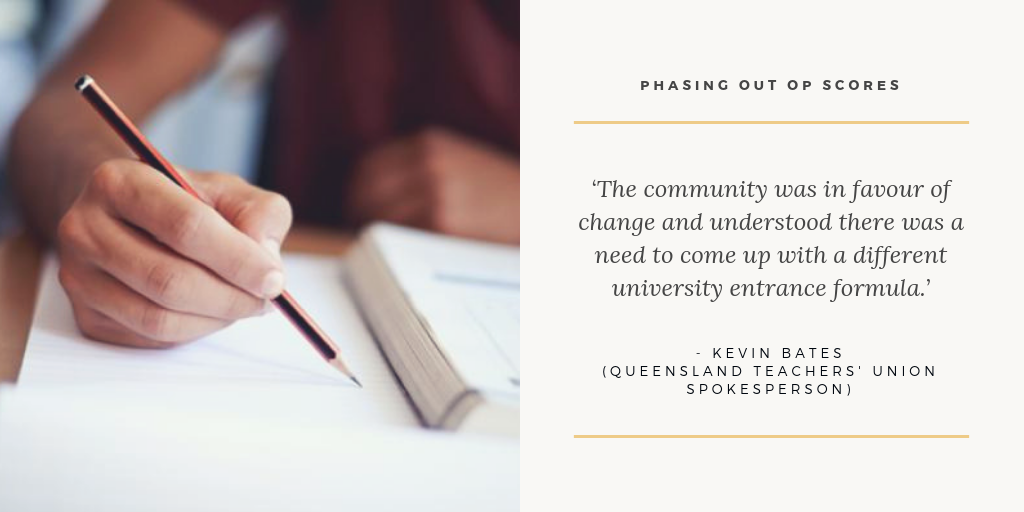 ‘The community was in favour of change and understood there was a need to come up with a different university entrance formula.’ 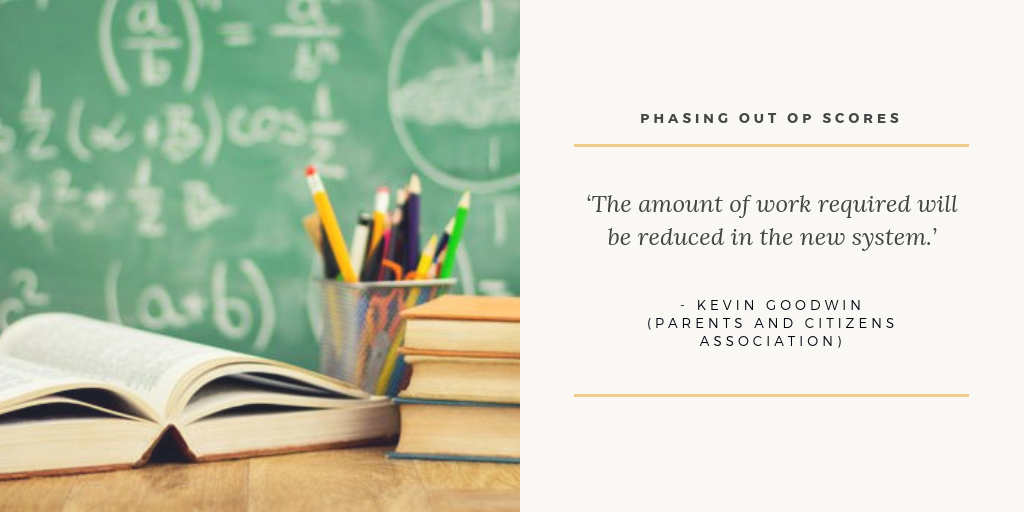 ‘The amount of work required will be reduced in the new system.’

Why should Queensland educators join the rest of the country in the A.T.A.R. assessment system?

The Senior Secondary Task Force is currently working on the new system. The process of scaling, or grading, in subjects will continue to be part of the system so pupils can be graded in line with one another, however, the scores will be measured in a percentile system from 0% - 99.95%. The higher the per cent the higher the grading. This system is currently used in other states and the Queensland Tertiary Admissions Centre (Q.T.A.C.) will be responsible for calculating the student’s assessment. Parents can access information and view the schools already on a trial basis of the new system. There are open forums with information available so that all the key players are made aware of the planned changes and the progress. Families Magazine has links and information for parents and interested parties.

Phasing out something old and phasing in something new will always have teething problems and questions asked surrounding the changes.

However, in the words of JF Kennedy: ‘Change is the law of life and those who look only to the past or the present are certain to miss the future.’

The changes anticipated by the phasing out of OP scores will bring about a brighter future for aspiring students, who are ready for a change to the system. 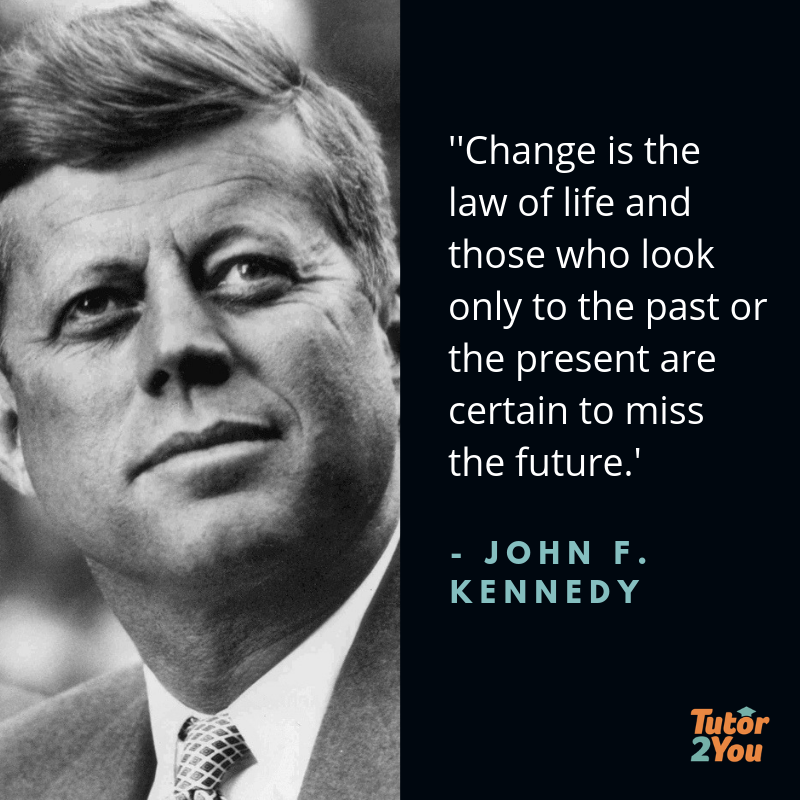 A 7 Chapter Guide packed full of actionable strategies that the 'A' students use.